Bindery is the last step in most projects and you depend on us to do the job right and to meet your deadline needs. Because we know that proper finishing gives your brand image that professional and polished look, our experienced staff promises to provide consistent quality and quick turn around. 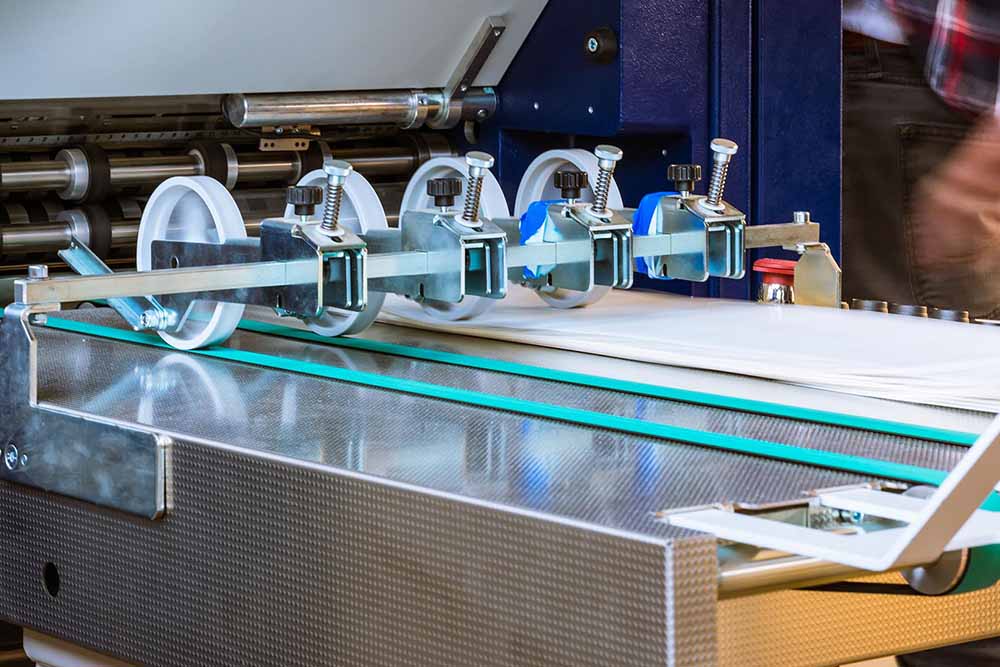 Paper stock may need to be cut or trimmed more than once during the production of a job:

Cutting and trimming are usually done using a guillotine cutter. A stack of sheets is placed on the bed of the cutter and the angled stainless steel blade cuts through it at the desired position. All the stacks are subsequently often placed in a jogger, a vibrating table that squares the stacks of sheets.

For magazines, books,… large press sheets need to be folded into signatures. This involves a series of right-angle folds in which the sheet is folded multiple times. Folding a sheet once makes four pages, two right-angle folds make eight pages,…

Other types of work require parallel folds in which two or more folds which are oriented in the same direction are made in a sheet. This is typically done for leaflets or brochures. Some common types of folds are:

These processes involve placing (folded) sheets in the correct sequence. Collating refers to sorting individual sheets into sets. Many laser printers and copiers have a collating function. Gathering is a similar process but it involves folded signatures. Gathering machines have up to thirty slots or pockets in which signatures are fed manually or automatically. The machine then gathers the signatures into what is known as a book block. Such machines can also have a binding function, such as for instance a stitcher.

There are different ways of binding sheets together. Below are the most commonly used techniques: